Junior Will Adair's thoughts aren't all positive towards the newest iPhone, the iPhone 12. 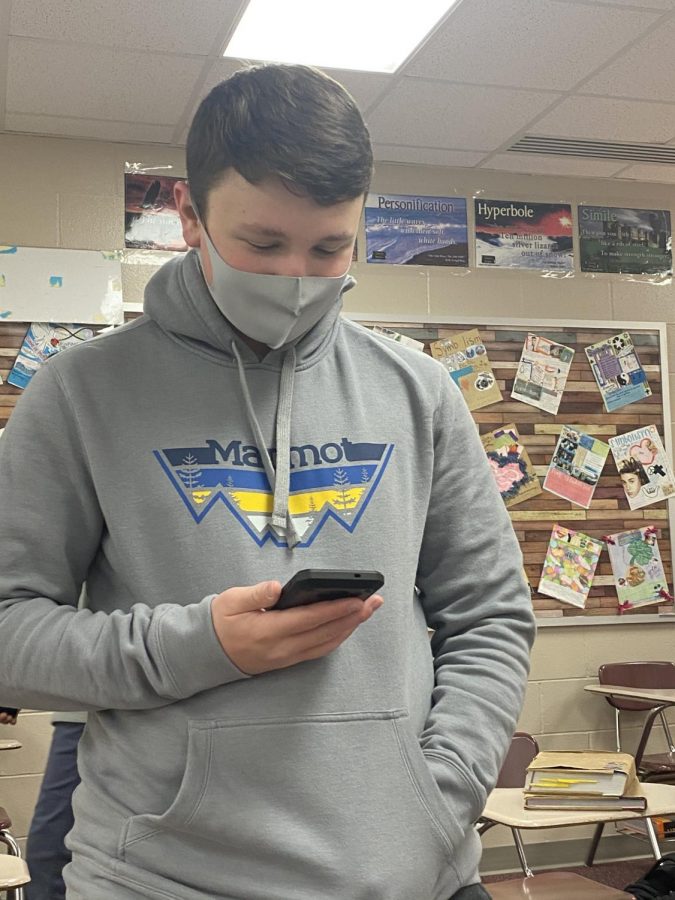 Junior Will Adair uses his phone often before class.

From the moment it was created, the telephone was a revolutionary invention. It allowed people to communicate instantaneously with people far away from them. In recent years, however, it has become less of an important communication device to a necessity to live in our society.

So when a new iPhone is revealed, people are quick to observe how the new model measures up to the old.

The iPhone 12 is the newest iPhone to be released by Apple, said to have double the amount of pixels than the iPhone 11, a better processing chip, and most alluring, 5g capabilities. The iPhone 12 is available for preorder now and will release on October 23.

However, some customers are still hesitant to purchase it.

Some people think that the price is too high, and should be used in a different way. The most expensive version of the iPhone 12 is $1,100 and the cheapest starts at $699.

“With that kind of money you can get a car that at least has a better use but a phone will be obsolete within 4 years,” Adair said.

A major controversial point of the iPhone 12 is that it will not come with a power adapter or a set of earbuds like previous models have.

“[Not coming with a power adapter or earbuds] is the dumbest thing i’ve ever heard,” Adair said. “All they want is more money.”

Another new selling point of the iPhone 12 is its new “Magsafe” feature, which helps wireless chargers charge the phone faster.

Magsafe also allows people to put a little wallet on the back of their phone that should protect their credit cards, due to the technology in Magsafe. The wallets will be made by Apple and be sold separately from the iPhone 12 as well.

“I wasn’t mad about that but [the wallets] aren’t worth the money which is normal for Apple,” Adair said.

New technology will always cause controversies and speculation for its quality, but it still shows how far we’ve come since the first telephone.