Not Your Average Wrestler

Junior 2x State wrestling champion, Nick Hamilton, talks about his wrestling career and his hopes for the future. 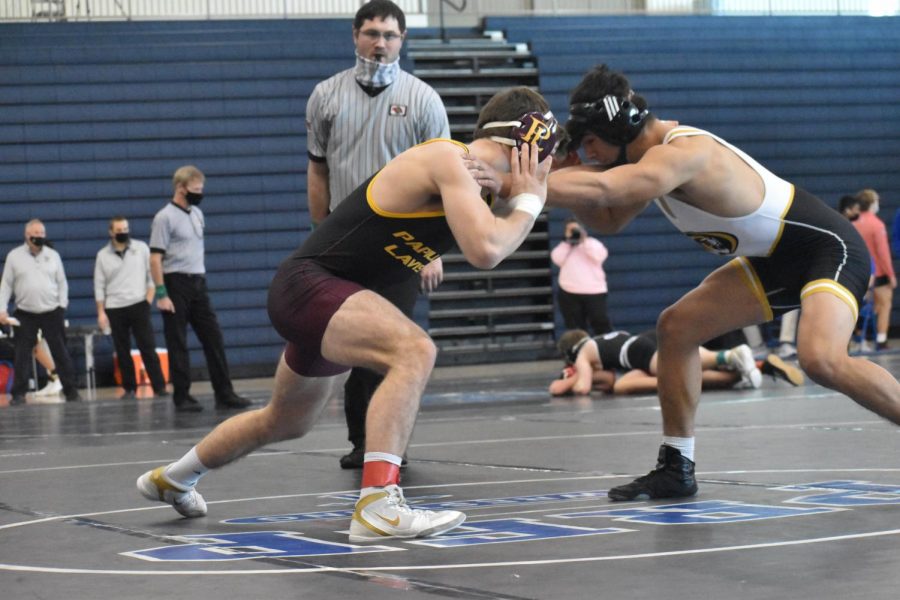 Junior, Nick Hamilton wrestles a kid from Fremont. Hamilton pinned his opponent in this match.

Transferring to a new school can sometimes be difficult for people involved in extracurricular activities because of the change in coaches, players, or atmospheres, but for Hamilton, he embraced it all.

“The biggest difference between Iowa and Nebraska is the atmosphere,” Hamilton said. “Wrestling is a lot bigger in Iowa and the fans absolutely love wrestling, sometimes the event gets pretty loud.”

Districts and State for any athletic sport is a huge thing. All people think about is getting to the finals and having the urge to win. Along with that, emotions and adrenaline kicks in.

“You’re always going to go to an event like that with a bit of nervousness, but usually I focus on just having fun,” Hamilton said. “If I do that it doesn’t really matter what else happens.”

Having teammates and coaches who constantly push each other and form close-knit bonds is what motivates players to win.

“It’s an honor to be the first person since 2006 to win a state title for this wrestling program,” Hamilton said. “I know we’ve had a few people get close, but being able to get it done feels amazing.”

If you were one of the many people who won a state title, you would think that’s all you could think about. Not Hamilton, he’s just glad to play the sport he loves and being good at it.

“I’m still in the recruitment process but my top 5 as of right now are Iowa State, University of Northern Iowa, Cornell, Wyoming, and Virginia,” Hamilton said.

Being a 2x state champion and having 98 straight wins is a very big accomplishment for Hamilton’s career. As his senior year comes up, he hopes to add another state title to the collection.